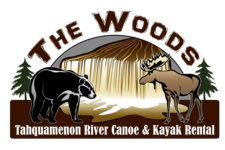 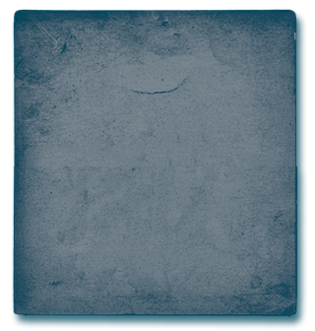 Our original goal was to canoe from a put-in point below the Dollarville dam and canoe back to the river mouth in two days. We knew the trip would be challenging due to the two portages and the lack of significant current on the river.  But that is what we wanted - the challenge of completion in a relatively short time.

The trip started with Vance transporting us to the put-in point.  As you know, the river was high, I believe we were told it was somewhere from 18-24 inches above normal.  The river however was still void of any noticeable current too due it being so far over it's banks in the upper stretches.  We began our paddle at about 0930 am and paddled to Betty Bee's Landing, home of the Toonerville Trolley, we arrived at Betty Bee's at about 300 pm.  We pulled to shore there to avoid the looming thunderstorm. We were greeted by Dixie, who generously offered us shelter to wait out the storm.  Our plan was to camp much further down the river so the storm was putting us behind schedule.

We estimate that we had paddled about 24 miles to this point, leaving us about 40 miles for the following day.  As it turned out the lightning didn't die down for quite some time, and we ended up renting a small cabin from Dixie & Chris at Betty Bee's Landing for a very reasonable rate.  We spent the evening trading stories with Chris and learning about his and his families connection to the river and his business.

We spent the night and were back on the river at 0600 am.  It was a beautiful morning, watching the sun rise as we paddled.  It took us about 4 hours to reach the portage at the upper falls.  It took us two hours to completely portage the upper falls, this included moving 1 canoe and 1 kayak, with one large container with camping gear and a cooler the 3/4 mile trip on land to the put-in point.  We used a 50' length of rope, as recommended, to lower the canoe down a series of steep stairs at the put-in point. After a quick break on the river for photos we were back to paddling at about noon. We approached the lower falls about 130 pm. Because the river was so high and water is contained within its banks in this stretch between the upper and lower falls the river was very rough and moving quite quickly.  We ended up taking on too much water in the canoe long before we reached the lower falls which swamped the canoe, and forced us into a "yard sale".

We attempted to save as much gear as possible but in the end we lost all of our food and water, along with the portaging wheels, rope and a paddle.  Luckily, we listened when you recommended taking an extra paddle along for the ride.

After we collected our gear, we pressed on and portaged the lower falls on the state park side, using the trail and boardwalk to advance the kayak and canoe.  The ideal portage point for the lower falls may be the island in the center of the river, however, the island is unreachable in a canoe loaded with camping gear under the extremely high water conditions.

This trip is usually done in about 4 days, and in better conditions.
We recommend this trip for expert paddlers and outdoorspeople only.
The river was probably up about 3 feet at the time this trip was done, which caused the dangerously high level of white-water between the falls.
Here is another story which points to more of the difficulties encountered while paddling between the Upper and Lower Falls.

Many folks canoe the Tahquamenon River each year, though very few are hardy enough to ever attempt to paddle the entire stretch from Dollarville to Lake Superior. But in July of 2013, Duane Cole and his crew of well-seasoned weekend warriors set out to not only paddle the entire stretch, but to achieve what has never been done before – to complete the course from beginning to end, which includes portaging around the Upper and Lower Falls, in only thirty-three hours!

After a couple weeks of heavy storms which dropped several inches of rain in the area…….